Caster Semenya has lost an appeal against rules designed to decrease naturally high testosterone levels in some female runners.

The South African 800m Olympic champion Caster Semenya has lost her landmark legal case against athletics’ governing body, the IAAF, in a decision that will send shockwaves through the sport.

But Judges ruled 2-1 “on the basis of the evidence submitted by the parties, such discrimination is a necessary, reasonable and proportionate means of achieving the IAAF’s aim of preserving the integrity of female athletics in the Restricted Events”.
If Caster Semenya wants to compete internationally again she has to take medication to reduce her testosterone levels. It means all the DSD athletes will have to reduce their testosterone levels to below five nmol/L for at least six months if they want to compete internationally at distances ranging from 400m to a mile. The IAAF, which welcomed the news, said their policy would come into place on 8 May.
In a summary of its 165-page document the judges said it was possible for athletes to unintentionally be over the proposed testosterone levels because they are too strict and said the side effects of hormone treatment could make it difficult for athletes to comply.

In the wake of the verdict, Semenya said she had been targeted by the IAAF. In a statement released by her lawyers, she said:

“I know that the IAAF’s regulations have always targeted me specifically. For a decade the IAAF has tried to slow me down, but this has actually made me stronger.

“The decision of the CAS will not hold me back. I will once again rise above and continue to inspire young women and athletes in South Africa and around the world.”

In response to the verdict, she tweeted: 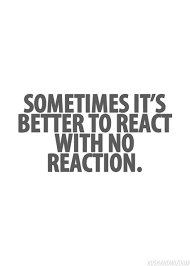 By Xavier; A man of many talents

Any cookies that may not be particularly necessary for the website to function and is used specifically to collect user personal data via analytics, ads, other embedded contents are termed as non-necessary cookies. It is mandatory to procure user consent prior to running these cookies on your website.